It's been a while since I've blogged. Almost a whole year. For the record - my resolution for this year did not come to fruition. Daft Punk has not played at my house.

So, now that 2011 is about to end I thought it would be smart to post my favourite tracks from the past year. So, without further ado, here they are:

10. LMFAO - Party Rock Anthem
For my first "explanation" song I thought I'd put this out there: When it comes to music, I am ahead. I start listening to songs before most people know they exist and wear them out by the time they become massive hits. I started listening to Party Rock Anthem in January - almost a whole year ago. For most, this song hit it's peak in the summer. I'm so ahead of the trends, it's scary. I practically set them.

9. Katy Perry - Firework
Is this song cheesy? Hell ya it is. But, it's a great track and it made me feel somewhat more at ease last January when I was taken out of my comfort zone safety bubble.

7. Chris Brown - She Ain't You
I love the MJ sample in this song. It makes Chris Brown seem more... Human.

6. Smokey Robotic - Outside the Lines (Uptown)
I like that I can say Lindsay Lohan introduced me to this song.

4. Transit - Calgary (feat. Jann Arden)
Has Calgary become my new, adoptive home? Hell ya it has. It's taken a lot of time for me to be able to say this, but I love this city.

3. Britney Spears - Til The World Ends
By far, my single most instantly loved Britney track in YEARS.

2. Bombay Bicycle Club - Shuffle
I first heard this song when, at the time, my whole life was changing due to work. Now, it'll always remind me of the month of September when I was nervous and anxious.

1. Foster the People - Helena Beat
I, being the indie guru that I am, started listening to Foster the People's Pumped Up Kicks last December, 2010. Again -- I am so far ahead of the trends it's scary. While most people this year were obsessing over Kicks, I was jamming out to Helena Beat. When they released their EP in February, it immediately caught my attention and midway through my first listen, I had to hit the repeat button on my iPod to keep the song cranking.
Posted by Rene at 11:59 p.m. Links to this post

Happy Birthday, Jesus!! I got you Frankincense. Oh? You already have that?? Uhhh... This is awkward...

Alright, for all 3 of you that read this, here is my Christmas Wishlist for 2011:

WARNING: As I upgraded all my tech gadgets this year, my 2011 wish list will pale in comparison to some of my previous years.

This company produces these awesome Fisheye, Telephoto and Macro lenses that are specifically designed to mount to your iPhone.

These gloves from The North Face have special tips on the fingers that are designed to let you use your touchscreen gadget (aka iPhone) without having to take your mittens off.
Note: AGLOVES are the original, cheaper, and probably better product. However, they have an online only availability. www.agloves.com is the site if you'd prefer to get me a pair of those.

Steve Jobs biography. Because I want to read it.

I have been wanting a Snuggie in either blue or green for YEARS.

I basically stopped using foam shaving cream and switched to cream based ones, so now a badger brush is a natural extension of that.

The GNC Shaker Bottle would be perfect since I hate dealing with the clumps in my shakes. Gross.

iWatchz have this site where you buy the strap and hook up your nano. The iPod nano watch is SO FREAKING COOL.

Because you know one day I'm going to need it.

I'm still pretty devastated this show is over. : ' (

I basically just want to play Mario Kart. Is that wrong?! 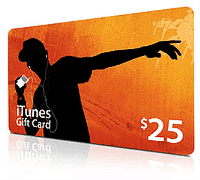 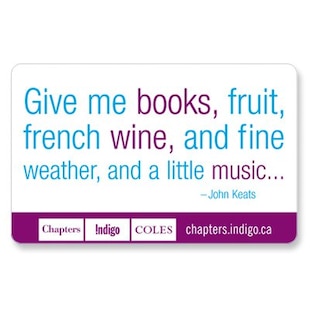 The new expansion at Chinook is amazing. The sheer amount of high-end and "name" stores that reside in that place is astounding and a sign of just how "big city" Calgary has become. My favourite new stores are A&F, Urban Outfitters, Bench, Burberry, CK, Express and Guess.
Posted by Rene at 12:54 a.m. Links to this post